I have been working on central heating systems for over ten years and have fixed my fair share of noisy radiators.

The first thing you should do is bleed all of your radiators and repressurise the boiler to make sure all the air is out of your central heating system. This is the easiest thing to rule out, as air in your system is potentially causing your noisy radiator.

If you have noisy radiator pipes, then fixing them down more securely with pipe clips might just fix the problem. A lot of noisy radiator pipe calls I attend are normally caused by loose copper pipes that have not been fixed down correctly, if at all.

Fixing the pipes down with pipe clips will make them more solid and the water will flow through more smoothly. It could also stop potentially damaging loose pipes in the future.

Another reason for noisy radiator valves could be faulty or broken valves. If this is the case, then the faulty valve will need to be replaced.

Having a noisy radiator after bleeding all the radiators means that air in the system was not causing the noise problems. This is one of the easiest things to rule out, as most people have a radiator bleed key.

Make sure to repressurise the boiler after bleeding any air out of any radiators, as this will cause the pressure to drop.

In my experience, whenever there is a noisy radiator with running water or dripping noise, it is normally caused by a radiator being fitted the wrong way round.

For most new radiators it does not matter which way round it is fitted, but with some modern tall radiators, the flow and return have to be fitted on certain sides, or you will have problems with it not heating up properly or noise problems.

If your radiator has just been fitted, then this is the first thing you should be looking to rule out. If it has not just been fitted, and it is making a running water noise, then it won’t be causing the noise.

There is not much you can do about this problem apart from replacing sections of the troublesome pipework. Replacing with plastic pipes could be the answer, but this will be very expensive, and you might end up replacing the full system’s pipes.

Noisy Radiator When Heating Comes on

If this is a big issue for you, then you will probably have to replace some pipework to stop it from happening. Plastic pipe is very common now on heating systems, so replacing it with plastic pipe will fix this problem.

Noisy Radiator When Heating is Off

A noisy radiator when the heating is turned off will be caused by the copper pipes cooling down and contracting. This should stop after the system has cooled down.

What Causes a Noisy radiator?

There are many things that cause a noisy radiator, including air, limescale, radiator piped up incorrectly, broken or incorrectly fitted radiator valves.

Should My Radiators be Making a Noise?

Radiators should be making a very slight noise when the heating is on as the pump is pumping the water around the central heating system. This is normally a very low noise which is almost impossible to hear for a lot of people.

Your radiators should definitely not be making a clicking or dripping or any other annoying noises. 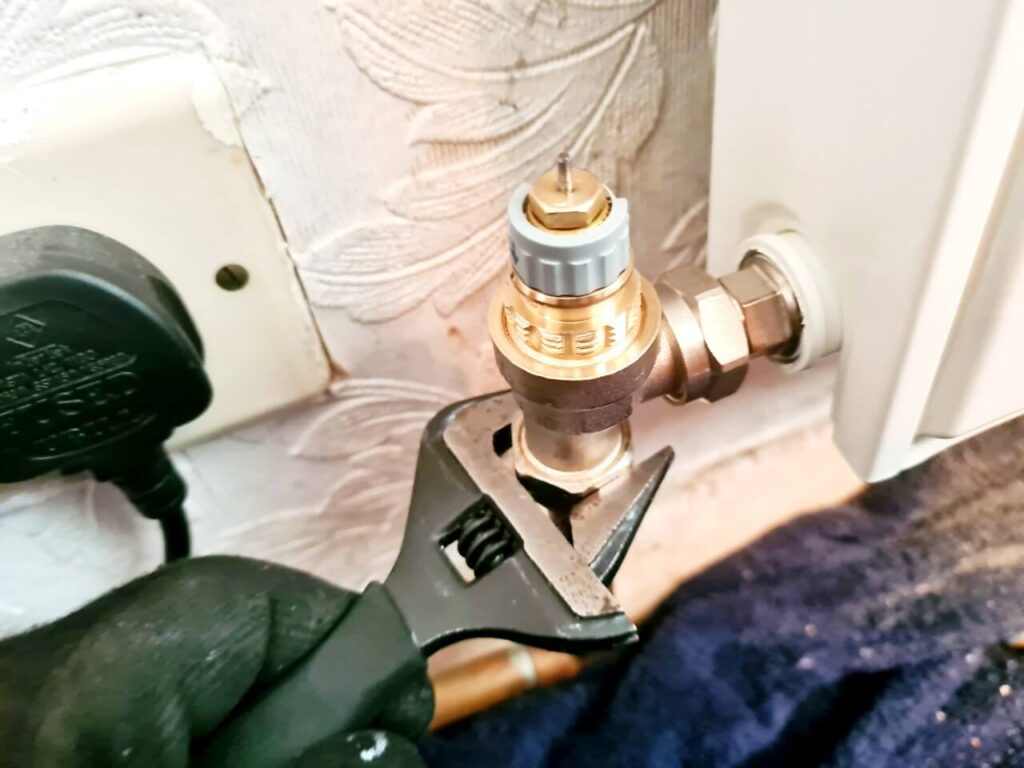